Agricultural productivity and its variation across time and space plays a fundamental role in many theories of human social and cultural evolution. Because agricultural societies enjoy a demographic advantage over hunter-gatherer societies, the transition from foraging to agriculture fueled a series of population expansions world-wide, which spread the farmers’ culture, language, and genes with them. However, although the Neolithic Revolution was one of the most consequential transitions in human evolution, we lack systematically collected quantitative estimates of the productivity of past agricultural systems on a large enough scale.

In particular, by how much did adoption of agriculture increase human carrying capacity, the maximum population density a particular environment can sustain indefinitely, without depleting critical resources needed for survival and reproduction? Even more importantly, how did agricultural productivity /carrying capacity vary over time (as new technologies were invented and spread, and as a result of climate change) and in space (between geographic regions characterized by different soils, landscapes, and climate)? Seshat: Global History Databank is exploring various techniques to combine estimations of historical ecology, corp types and yields, and farming practices along with simulations of changing weather patterns to produce reliable, empirically-grounded estimates of productivity and carrying capacity in different parts of the world through time. 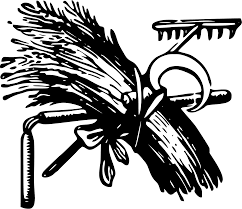