Seshat contributor Dr. Juan Carlos Moreno Garcia has just published a book which provides a new analysis of the structure of Egypt’s pharaonic state. The State of Ancient Egypt reviews recent developments in political, archaeological, and comparative theories on the structures of ancient empires and states. The book refutes older views still often seen in modern studies of pharaonic Egypt which, according to Dr. Moreno Garcia, emphasis the “the stability, conservatism, and ‘exceptionalism’ of Egyptian kingship, which supposedly remained the same across the Bronze and Iron Ages.”

As the book description states, “Ancient Egypt shared many parallels with other Bronze and Iron Age societies as can be shown by an analysis of the structure of the state, of the limits of royal power, of the authority of local but neglected micro-powers (such as provincial potentates and wealthy non-elite), and of the circulation and control of wealth.” Egypt experienced great structural changes throughout its history making it, “an ideal arena in which to test applications of models of government and to define the dynamics that rule societies on the longue durée.”

The book addresses crucial questions related to the organization, implementation, and legitimization of power in ancient states, taking the example of ancient Egypt as a guiding thread. Far from being a monolithic conservative order, the land of the pharaohs displayed many different political configurations over three millennia. Dr. Moreno Garcia writes, “When seen through these new perspectives, the pharaonic monarchies appear less exceptional than previously thought, and more dependent on the balance of power, on their capacity to control the kingdom’s resources and on the changing geopolitical conditions of their time.” This approach brings opportunities for new analysis in many of the main research themes of the Seshat project: bureaucratization, organization of the territory and its resources, executive structure of power, and more. 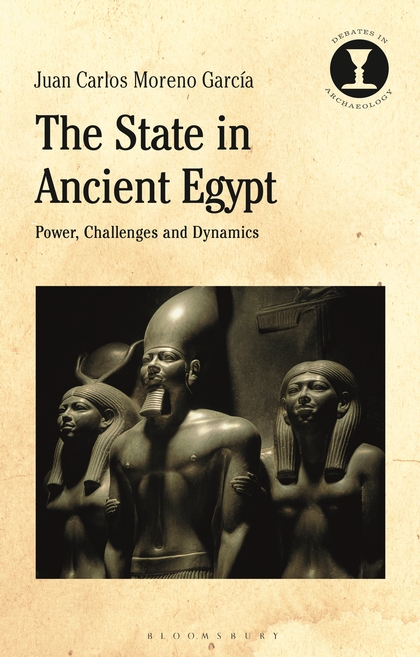