Way back in December of 2017, the Seshat team brought a group of historians and anthropologists to Oxford University for a workshop on ‘Testing the Axial Age’. This meeting was part of a project supported by a large grant from the John Templeton Foundation to investigate the ways that human societies have supported extreme inequalities—in economic means, social positions, access to various resources and privileges—and, more importantly, to find out where and when we see ‘trend reversals’: periods when inequalities flatten out and structural hierarchies are quashed, at least momentarily. According to some writers, the period between c. 800 and 200 BCE in several societies across Eurasia—the Axial Age—witnessed one of the largest and most impactful of such reversals. But were there good reasons for positing an Axial Age, or was it a figment of our collective historical imagination? We set out to use the Seshat Databank to answer this question, gathering data on equity, religion and moral attitudes through time. The goal of the meeting in Oxford was to garner experts’ thoughts on and critiques of our approach, to suggest better ways of tackling the topic, and provide feedback on the information already collected. We hoped that we could produce an article in a top scholarly journal discussion our analysis of this information. We did this with our 2018 piece, published by the American Sociological Review.

What we didn’t quite expect was what rich and detailed knowledge we’d get from our collaborators. It became clear to all of us during the vigorous conversations we had at the meeting (and, of course, over drinks in the Oxford pubs) that the idea of the Axial Age inspired a lot of feelings—some good, mostly critical, but all backed by an enormous amount of detail and nuance concerning the experiences of different past societies. It was far too much to include in our short academic article, so the idea was born to collect these thoughts in a large edited volume, where they would have room to be properly nourished. Almost three years later, this volume, the Seshat History of the Axial Age, has been published!

Participants at the Testing the Axial Age Workshop in 2017. photo: Peter Turchin, reproduced with permission

The Seshat History of the Axial Age represents an enormous outlay of knowledge, effort, and coordination among more than a dozen early-career and established scholars. The focus is on how certain key ‘axial’ traits did or did not emerge, and how these dynamics continue to shape current perceptions of ‘modernity’. These traits include things like religions with clear, explicit moral guidelines that promote universalizing and egalitarian ideals; rules put in place to limit the arbitrary exercise of authority by rulers; and demands for high levels of well-being for all and inclusive forms of governance. Each chapter takes a deep-dive into the history of one region – covering everywhere from the Mediterranean to Egypt, Iran, India, China, Southeast Asia, West Africa, Polynesia, Peru, and North America – exploring how certain key axial traits rose, fell, rose again, or remained conspicuously absent over the long course of history. 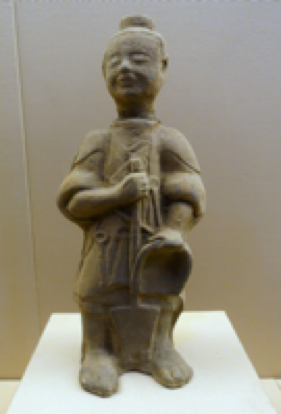 We learn from these pages that the story of the Axial Age as traditionally told simply does not do justice to the true complexity of the historical realities experienced by people living in different parts of the world. Standard accounts purport that axial traits developed independently and almost simultaneously in a handful of areas (in what is today Greece, Israel-Palestine, Iran, India, and China) and then spread from there, consuming society after society with an unstoppable revolutionary spirit until these ideals become entrenched in people’s expectations; in other words, they formed the foundations for what we think of as ‘modern society’.

Nearly every chapter in this volume contradicts some part of that story. An important common theme here is that these regions were not as isolated as they are often assumed to have been in publications on the Axial Age. We read time and again about the robust cultural exchange linking societies from Europe, North Africa, and throughout West, South, East, and Southeast Asia. Axial ideals did not form in a vacuum, but in conversation with the ideals and social forms of neighbors. We also see how a monolithic concept of axiality simply doesn’t capture the mix of cooperative, prosocial forms of rule with strict social hierarchies and moralizing ideologies experienced by many smaller-scale societies in Polynesia and the Americas, long before exposure to any ‘axial’ societies. Chapters in this volume focusing on regions outside of Eurasia and North Africa offer something of a corrective to traditional ‘global histories’ that, while expansive in ambition, still typically leave out many parts of the world that have an interesting story to tell in their own right.

Importantly, we also learn over and over from these chapters that, in spite of the widespread acceptance of strongly moralizing and egalitarian ideologies, nearly all societies surveyed here allowed many rights and privileges to be curtailed in practice. Women in particular are rarely invited to the party when these ‘axial transformations’ take place.

This is the first offering in the newly minted Seshat Histories series. Soon to follow will be similar outpourings of knowledge and scholarly collaboration concerning the rise and spread of moralizing religion, the practice of human sacrifice, and many others!
_______
Seshat History of the Axial Age is available for purchase on Amazon. For more information on this volume, contact the Seshat team at seshatghd@gmail.com or visit the publisher’s website.