As Associate Professor of Archaeology, Anthropology, and Latin American Studies at Boston University, Seshat contributor David Carballo specializes in Mesoamerican archaeology, focusing particularly on the pre-Hispanic civilizations of central Mexico. Carballo’s latest work, Collision of Worlds, examines the toppling of the Aztec empire at the hands of a group of Spaniards—along with tens of thousands of Mesoamerican allies, who joined forces under Hernando Cortés—and the colonial order that was created in the aftermath. This comparative trans-Atlantic history applies an archaeological lens to the violent encounter of the Aztec-Spanish war of 1519–21, the creation of a New Spain, and the cultural developments that followed.

From this unique perspective, Carballo offers an exploration of the “richly layered cultures of Mexico and Spain, like the depths that archaeologists reveal through excavation to chart early layers of human history.” Carballo brings focus to “the physical world of places and things, their similarities and differences in trans-Atlantic perspective, and their interweaving in an encounter characterized by conquest and colonialism, but also active agency and resilience on the part of Native peoples.”

The publication of Collision of Worlds: A Deep History of the Fall of Aztec Mexico and the Forging of New Spain coincides with the 500th anniversary of the fall of the Aztecs. The book will be released on 1 June 2020. 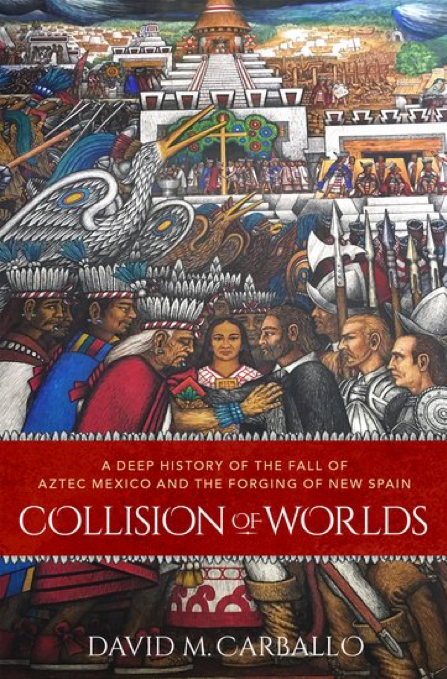