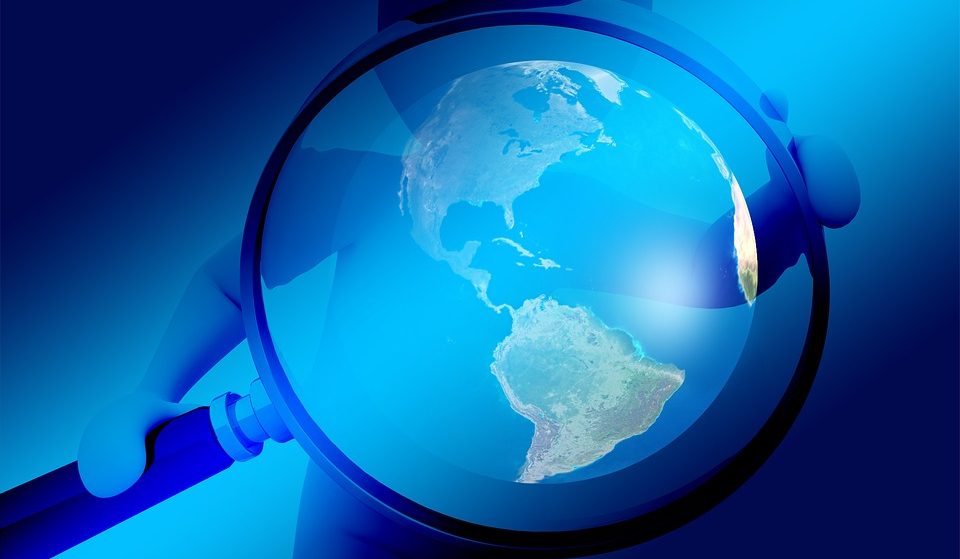 A major paper on Seshat: Global History Databank has been published in Digital Humanities Quarterly. Lead author and Seshat founding editor Dr. Pieter François sees the publication as an important milestone in showcasing the potential of the project’s method to historians, digital humanists and the general public. I caught up with Dr François to discuss this recent publication during a conference at the University of Oxford. “It’s important to provide our methodology, in the greatest possible detail, to the reader, the user and the critic, so that they can embrace or reject our methodology in the most transparent way possible ” said François. “As the next few years will see a tremendous amount of Seshat data becoming available it is crucial to offer users a comprehensive understanding of the possibilities and limitations of the data set.” The co-authored paper, entitled “A Macroscope for Global History: Seshat Global History Databank, a methodological overview,” provides a window into the philosophy of, and architecture behind the Seshat project.

Dr. François spoke passionately about Seshat’s aim to be the most comprehensive and usable collection of historical and archaeological information. He hopes it will become the first place people go to to test historical and social sciences theories with high-quality empirical data. He highlighted the significant benefits of the databank for users around the globe. “Seshat is not just a databank with a fixed set of datapoints,” he explained, “it’s also a platform which allows the user to upload new data that are relevant for the particular theories that the user is interest in. As such it is a truly collaborative and scalable project with a wide appeal to the academic community, the policy world and the general public alike. As the data is at the same time machine-readable and browsable the Seshat data can be integrated in a wide variety of analyses and uses” François expanded on this idea: “The true strength of Seshat is that it does not limit you to test only one specific theory. You can actually bring together a cluster of different theories that have been proposed in the past and confront them with the data head on and thus highlight which of these theories have the greater explanatory power.”

One of the driving factors of the project is the belief that history should also be examined in the longue-durée in order to better understand phenomena like the levels of warfare, social cohesion, and inequality in today’s society. “A lot of today’s society can not be comprehensively explained by exclusively looking at, let’s say, phenomenon or trends that have played out over the last 50 years. For a lot of the bigger questions, you also need to integrate a much longer time-depth into your analyses, you need to look at trends playing out over centuries and millennia”said François. By bringing together academics with expertise on a range of periods and world regions, the Seshat project is able to collect data on a massive scope to unlock the ability to examine long-term patterns.

Both this time-depth and the ability to compare data across very different time periods and geographic areas allows us to look at history from a “cultural evolutionary perspective”. A second key feature of Seshat, François added, is that a lot of the data is expert curated. “Our data is actually informed by expert opinion. Experts are very much a part of the entire Seshat workflow. As a result the data changes as new knowledge comes to light. Although incorporating the expert input inevitably slows down the data gathering process, and makes it thus more expensive, our choice to go for maximum data quality is absolutely the right one as we want to be seen as a benchmark for historians working on very different fields and achieve maximum impact. Furthermore we have been very positively surprised by the collaboration of a wide range of domain experts who have embraced our methodology.”

François and his co-authors provided examples of a few key theories that the Seshat Databank hopes to test. These theories strike at the heart of the historical roots of inequality, the importance of agriculture in shaping how past societies developed in ways that continue to impact the modern world, and the effect of different sorts of collective rituals on social cohesion, group bonding, and general well-being.

For instance, it has been suggested that current inequalities across the globe—in terms of economic performance, health and well-being, inclusiveness, and other facets—are the result of the way that different countries went through the Industrial Revolution (or failed to do so). Others, though, say that the way the Industrial Revolution unfolded was itself a product of extremely long-term path dependence originating at the dawn of the first complex human societies almost 7,000 years ago. Which theory is right? Where exactly do these perspectives diverge, and could they be reconciled? Seshat’s ‘macroscopic’ view of historical development over the longue durée allows users to address fundamental questions like these. 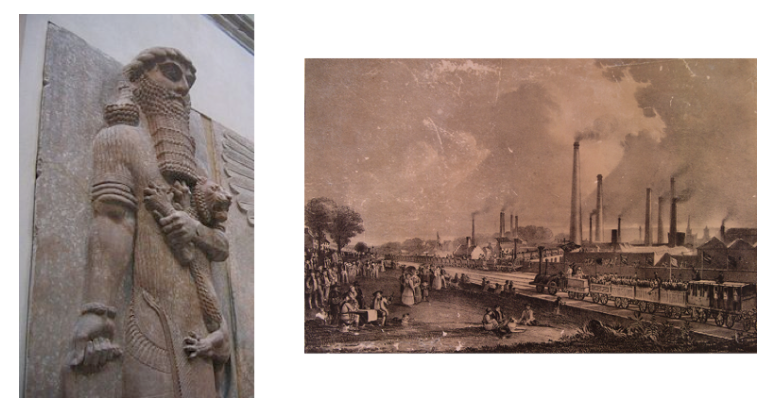 How far back to the roots of current global inequalities spread? Do they originate in the earliest states (left: statue of Akkadian mythic hero Gilgamesh, protagonist of one of the first epic poems ever created; Source: Wikimedia), or are they the product of more recent developments (right: London during the Industrial Revolution; Source: Wikipedia)

The authors also outline a number of challenges, including challenges touching upon data quality, the usefulness of using proxies, …, that they considered when creating the architecture of the Seshat Databank. “It is a list of challenges that we were very much aware of and was on the forefront of our minds when we designed the Seshat methodology and it is up to others now to embrace or challenge us on the inevitable decisions we had to make” said François.

The Seshat team will publish its first round of social complexity data in spring 2017. Stay tuned!