How to predict a revolution using the center-periphery dissonance factor

From Ukraine to Egypt to Venezuela, images of protest and revolution filled our streets and our screens in 2013 and 2014. The revolutionary wave was in the end quite weak, but the protests were similar in nature despite having no concrete links. Protests in Cairo, Kiev, and Bangkok led to the collapse of regimes, with military stepping in in Cairo and Bangkok. Protests also broke out in Tunis, Caracas, Istanbul-Ankara, and Sarajevo which challenged the political status-quo. 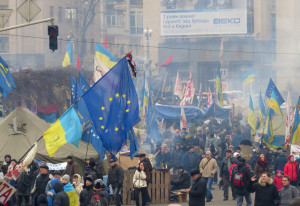 George Mason University sociologist Jack Goldstone previously proposed that three factors could be used as predictors for social and political unrest. All of them were present in Bangkok, Kiev, Caracas, and Sarajevo in 2013-2014. All four cities could be defined as middle-income on a global scale, had a high level of corruption, and were governed by a transitional or intermediate political regime. These three factors were present in Tunis, Istanbul-Ankara, and Cairo as well. Seshat expert Dr. Andrey Korotayev, of Moscow’s National Research University Higher School of Economics, believes that another common theme in all protests in the 2013-2014 revolutionary wave was center-periphery dissonance.

Center-periphery dissonance (CPD) is a phenomenon that occurs as a result of uneven modernization in a nation. Modernization generally happens at a faster rate in a nation’s capital than in the periphery areas. All cities in question had a government that was democratically elected by the periphery rather than the center which led to political unrest in their capitals. 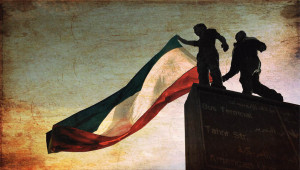 In a democratic nation with center-periphery dissonance, the ruling party is often supported by the majority of the population who live in the periphery, but not by the residents of the nation’s capital. In his recent paper “Center-Periphery Dissonance as a Possible Factor of the Revolutionary Wave of 2013-2014: A Cross-National Analysis,” published in Cross-Cultural Research, Korotayev and co-authors present evidence that center-periphery dissonance played an important role in the revolutionary wave of 2013-2014 and is a key predictor for social unrest.

In Thailand, for example, the majority of Bangkok residents supported the Pheu Thai Party. The party won half of the vote nation-wide, but its voters were concentrated in Bangkok. Therefore, Pheu Thai only won 10 seats in Parliament while the Democratic Party won 23 with support from the periphery. This model is echoed in Tunisia, Venezuela, Turkey, Bosnia and Herzegovina, Egypt, and Ukraine in the years leading up to the 2013-2014 waves of revolutionary action. 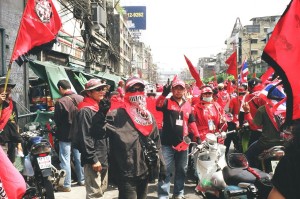 Korotayev tests Goldstone’s four factors and the presence of CPD empirically. His analysis first shows that a combination of three of Goldstone’s factors does in fact led to social and political instability. He then compares nations in which Goldstone’s three factors were also present but did not experience social political unrest with those that were part of the revolutionary wave.

In this section of the analysis, Korotayev finds that CPD is a strong predictor of unrest. The paper surmises that CPD factor should be taken into account when predicting social and political unrest in addition to level of economic development, corruption, and type of government.