Human history as fractal: How patterns repeat at all scales in our shared past and continue to shape the future

The ‘Mandlebrot Set’ is the traditional illustrated example of a fractal. Source: Wikipedia

Fractal patterns are found within mountains, crystals and galaxies – and everywhere else in the natural world. Is human history mind-bogglingly fractal too? I think it is; and it might change the way you see the world.

What is a fractal? A fractal, like the Mandelbrot Set, is a mathematical equation. It describes patterns that repeat simultaneously at all scales in detail. Now let’s find them in history.

The ‘Mandlebrot Set’ is the traditional illustrated example of a fractal.

First, perhaps we can see long-term human progress as a fractal. Social improvement occurs in a rise and fall pattern: something-like ‘two steps forward’ and ‘one step back’.

If the amount of human cooperation that exists can be considered a good proxy for progress, consider the historical evidence for changing levels of societal cohesion.

‘Secular’ cycles, highlighted in the work of Turchin and Nefedov, suggests the rise and fall of social cohesion in a state generally lasts a couple of generations to two-hundred years. There are longer cycles. Ibn Khaldun in 1377 wrote for the perspective of whole civilizations. He coined the term ‘asabiyya’ for social cohesion. 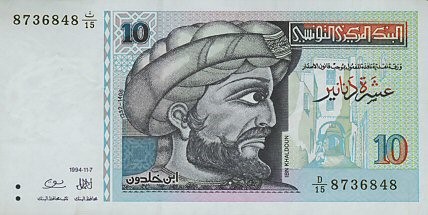 Over the shorter-term Elliott waves – visible, for instance, on a market price chart – track the rise and fall of modern economies. The shortest Elliott waves last mere minutes and may impact society through the changing value of the currency or stock.

Lastly, consider our life experiences and why our cultures contain proverbs that caution against hubris and over-confidence. “Look before you leap!”

What other social processes are fractal? The evolution of society might be, and warfare too – one of cultural evolution’s important selective mechanisms.

In biological life the lowest observable level of evolution is at the gene but extinction and selection also occur at higher levels: the cell, organism, and taxonomic group. 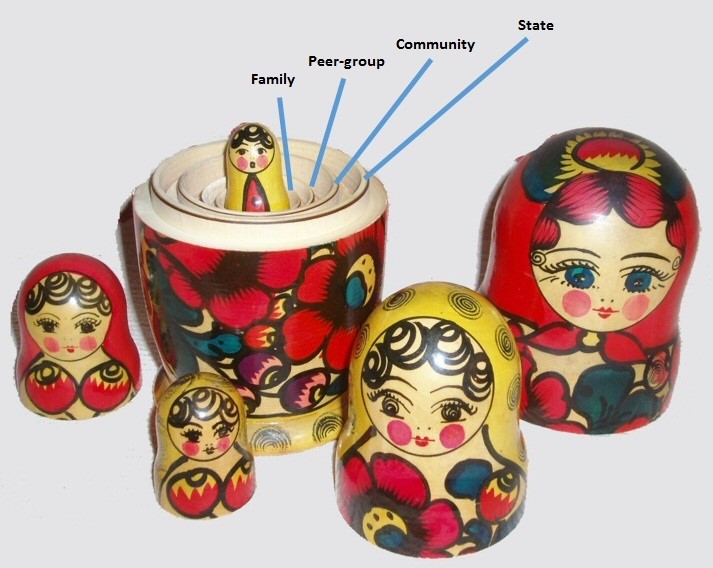 In humans the lowest level is the family. Likewise, extinction and selection occur at higher levels than this: friendship-groups, communities, ethnicities, races, nations and cultural regions.

The ‘War on Terrorism’ was an attempt at group extinction and how the doctrine was expanded is a powerful illustration of the fractal nature of the group.

The US war on Iraq in 2005 eliminated a whole state – but not before the Bush Administration declared a Level 6: “Axis of Evil”.

Understandably, war – an important mechanism of the cultural evolutionary process which is fractal – is typically fractal, but rarely do we appreciate the extent this is true.

We usually think of wars as ‘short term’ campaigns (months), battles (days), and theatres (hours). Yet wars occur at huge timeframes – a 100-years-war, or even thousands of years.

One of history’s most epic wars was between Asian Steppe nomads and agriculturalists from about 1000 BCE to 1500 CE. The settled people eventually won but Genghis Khan almost wiped out civilization in Central Asia.

The return of an ancient enemy. Source: Wikipedia

Here’s another war story: from c500 BCE to 1500 CE Eurasia was always at war with Oceania. First the Greeks, then Macedonia, Rome, the Byzantines, and finally the Vatican went to war against Persia in the Middle East.

As part of an extended war, we can perhaps understand why the Crusades were ordered 400 years after the Arabs spread Islam and after the Islamic Caliphates. It was the Persian Seljuk invasion of the Levant in the late 11th Century that provoked action.

Like the lengthy Punic Wars between Rome and Carthage (partly over control of tin supply from northern Europe), this very extended Persian-Mediterranean war may have partly been caused by the presence of a major trade route, called the Silk Road.

Trade occurs from the local, provincial, national, regional, super-regional, right up to the trans-continental level. Cities have been proven fractal in an incredible number of ways including size, shape, scale and dimension.

One reason elites have power is they control both cities and trade; but not all elites are equal in this respect.

Trade occurs where the efficiency of tax collection is greatest at markets in the city, where trade is massively concentrated in value and volume. That this makes the trade revenue fractal is incredibly significant for power: it means the bigger the trade city you possess, the more money you raise. 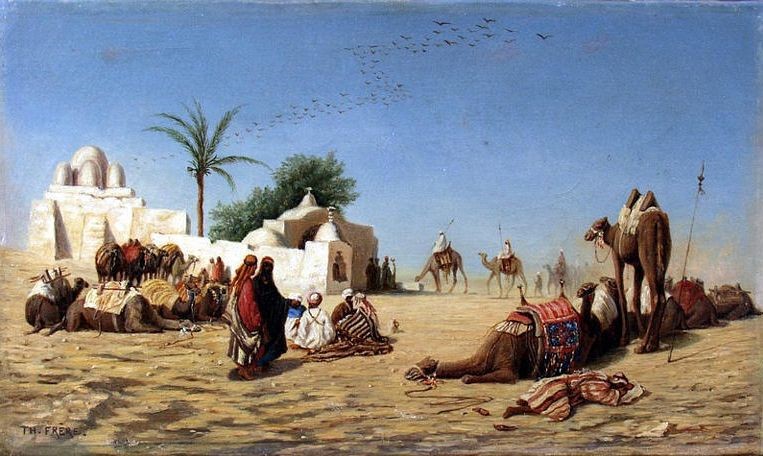 Frere Charles Theodore – The Halt of Camels to the Caravanserai. Source: Wikipedia

Plot the ancient capitals of Susa, Seleucia, Babylon, Baghdad, Damascus on a map, add Merv and Samarkand in Central Asia – that’s the Silk Road! No coincidence there!

An aspirational dynasty situated on the ancient Silk Road had a big advantage in raising trade revenue from it over dynasties further away. They were more likely to have more power and rule an empire rather than a vassal kingdom because they could raise more tax.

So power rivalries are fractal because they draw up along city lines with aristocratic treasuries swollen from tax revenue which may have a fractal relationship with city-size.

Of course, within polities fractal power rivalry becomes a pyramidal chain-of-command: a small number of elites tell lesser elites what to do, who tell vast numbers of commoners what’s what. 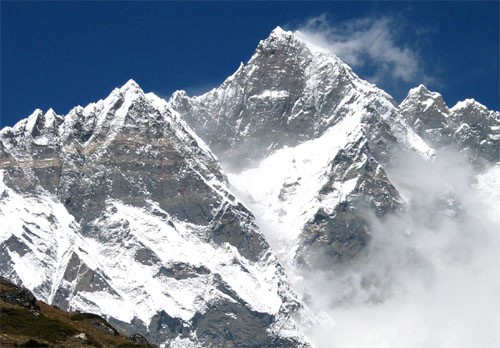 Polities actually are a mountain range of networks (multiple nested pyramids): a ruling aristocracy that controls the trade and below them networks of the ‘new money’ of the merchants and of the ‘old money’ families inherited from earlier civilizations.

Famous city rivalries in ancient history include Memphis and Thebes in Ancient Egypt, Seleucia and Babylon in Persia, Rome and Byzantium in the late Roman Empire.

Termite mounds and the End of History

Evidence for history being fractal in many ways – progress, social levels, warfare, trade, cities, power, aristocracies – and the way these casually link together, does emphasize that human life is part of the natural world.

Yet human life is distinct from group cooperation in the biological world in at least one important way. Human life always builds on social complexity with more social complexity. This is contrary to termite mounds and ant colonies where there is one group and no groups nested below. 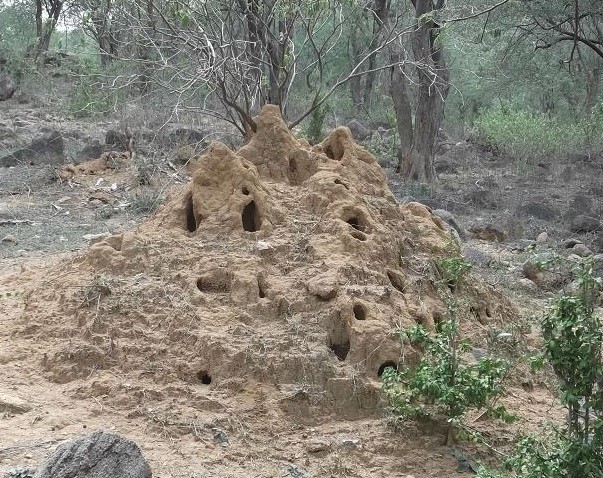 Whatever the human future will be it won’t be a termite mound, or its equivalent in robotic technology. Humanity won’t let it happen.

This observation has political significance. Throughout history the dominant elites of the day often have forgotten that their group is just one at many scales.

While human life excels at scaling upward – in organization and progress – it is incapable of producing a single homogenous system – the apparent failure of European Union is only the most recent example of this; we could reference all civilizations in history.

Sounds right to me.

Does the very thought of fractal nature make it observable?