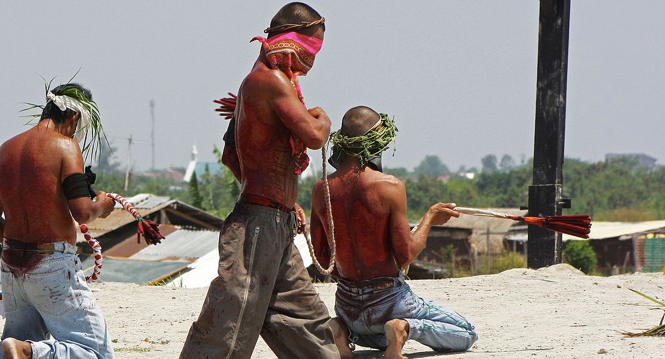 Self-flagellation ritually performed in the Philippines during Holy Week Source.

Why do so many groups require their members to endure painful group rituals, ranging from demeaning hazing in fraternities to bloody self-flagellations in some religious traditions (like being nailed to a cross)? And why do people not remove themselves from such groups and the risk of injury. Or for that matter, why would anyone remain a Redskins fan and suffer not only decades of humiliating losses, but also insults and attacks because of the racist slur that makes up the team’s name? It appears that shared negative experiences – more than any positive ones – give us meaning and create a bond with others who are in the same boat. Getting through hazing seems to create a strong sense of belonging to the fraternity amongst the members who went through the same hazing; more so than any positive experience like partying could ever do. Sharing the experience of a humiliating loss seems to make sports fans feel a bond with their team and other fans, more so than wins and pre-gaming. This is exactly what Harvey Whitehouse (Oxford) and colleagues found in a series of studies published in the prestigious journal Nature. 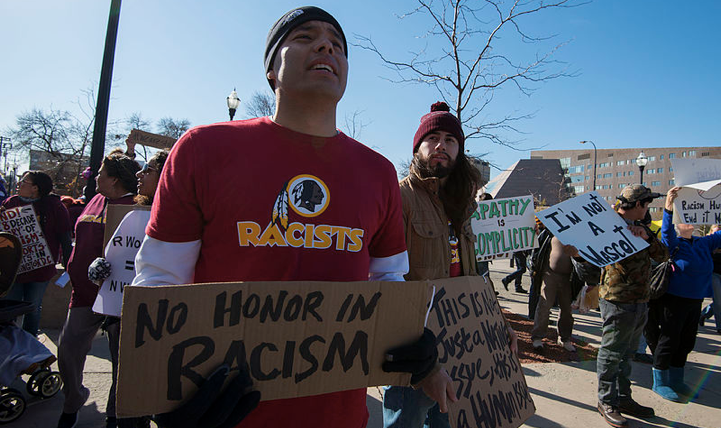 The researchers argue that in our evolutionary past, extreme events that threatened the very existence of the community shaped human psychology. When dealing with natural catastrophes like floods, famines, and earthquakes or frequent attacks by hostile tribes, the survival of the community depends on every member chipping in for the greater good: the community has to come together and cooperate closely to survive. Positive events on the other hand – a fortunate discovery of new hunting grounds or an unusually good harvest, for example – do not require such sacrifices from group members because the survival of the group does not depend on it. The researchers ran a computer model simulating evolution under varying sets of conditions: it predicted that extreme cooperation can evolve due to shared negative experience but not shared positive ones. Groups are more likely to survive when shared negative experiences spark a process that makes individual group members more willing to sacrifice their self-interest for the common good. Over time, this tendency for pro-group behavior following negative events becomes widespread. There is no comparable effect of shared positive experiences because the survival of the group is not threatened and individuals do not increase their levels of cooperation.

The authors then conducted studies with thousands of participants around the world confirming these predictions and examining the psychological mechanism driving this effect. In one study, they found that English football (soccer) fans were more willing to sacrifice themselves for their fellow fans when their team lost a match (but not when it won). In another study, they found that the more US veterans of the Vietnam War experienced extreme negative events during combat (e.g., losing a close friend in battle), the more they were willing to provide support to veterans in need. In yet another study, they found that martial arts practitioners were more likely to sacrifice themselves for their club and to volunteer time and money when they underwent painful graduation rituals (e.g., belt-whipping). These studies show that when people share painful negative experiences with others, they come to define themselves by these experiences. This creates a strong bond between group members that at times can be closer than the connection to one’s own family. It is this feeling of oneness (the researchers call this Identity Fusion: people feel that their personal identity becomes one with the group) that makes people willing to make costly sacrifices and suffer for the group. Considering this effect, it is no surprise that so many groups make their members undergo shared experiences involving pain and suffering: they artificially create a strong bond and commitment to the group. 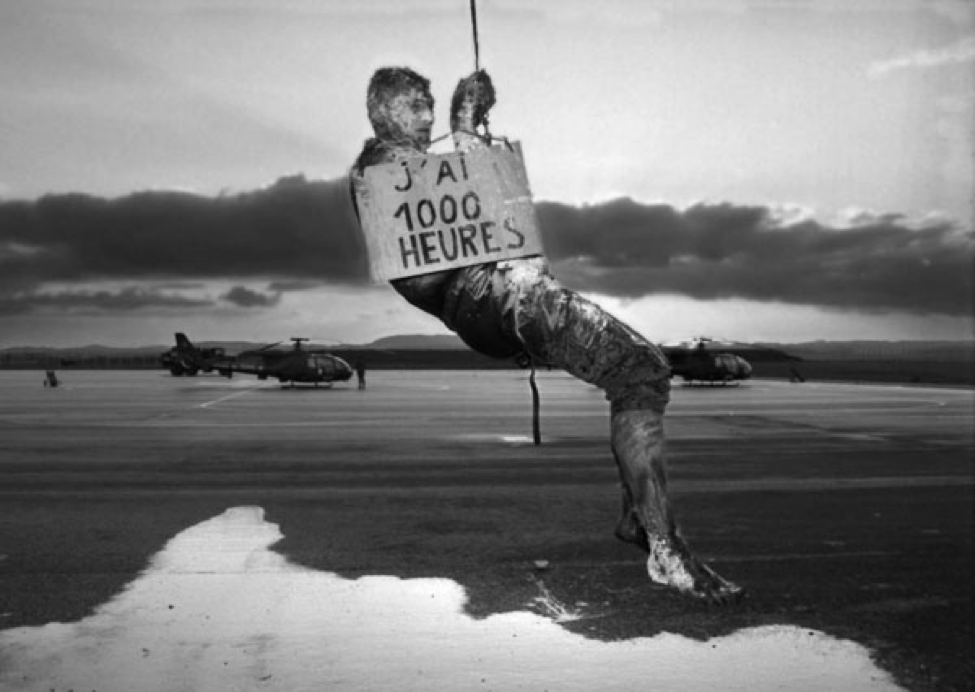 Hazing of a French pilot. Source

This profound and potentially ancient process behind extreme cooperation and sacrifices may be driving a number of otherwise hard-to-explain phenomena we observe after traumatic events. For instance, enlistment in the US armed forces rose immediately after the 9/11 attack: many felt a strong bond with other Americans, a sense of patriotism, and a call for common defense. This mechanism may even explain phenomena like militant Jihad – a movement that claims that Muslims worldwide are under existential threat from Western Powers. It has attracted foreign fighters who often leave their comfortable lives (e.g., in the Western countries) to join a desolate war zone in the Middle East to risk their lives in combat. This research is an important step forward in the systematic examination of the processes that drive people to disregard self-interest and make sacrifices for their community. It is about time that scientific rigor is applied to understanding such phenomena; it may be our only hope for devising effective policies to deal with them.

Hammad Sheikh is a research fellow at the New School for Social Research and a visiting scholar at the Centre for the Resolution of Intractable Conflict at the University of Oxford.