Evolution and devolution of social complexity: Why do we care?

What follows is my report on the workshop Evolution of Social Complexity that I organized at Complexity Science Hub-Vienna, October 2–3, 2017.

Over the past 10,000 years human societies evolved from “simple” – small egalitarian groups, integrated by face-to-face interactions – to “complex” – huge anonymous societies of millions, characterized by great differentials in wealth and power, extensive division of labor, elaborate governance structures, and sophisticated information systems. What were the evolutionary processes that brought about such an enormous increase in social scale and complexity? 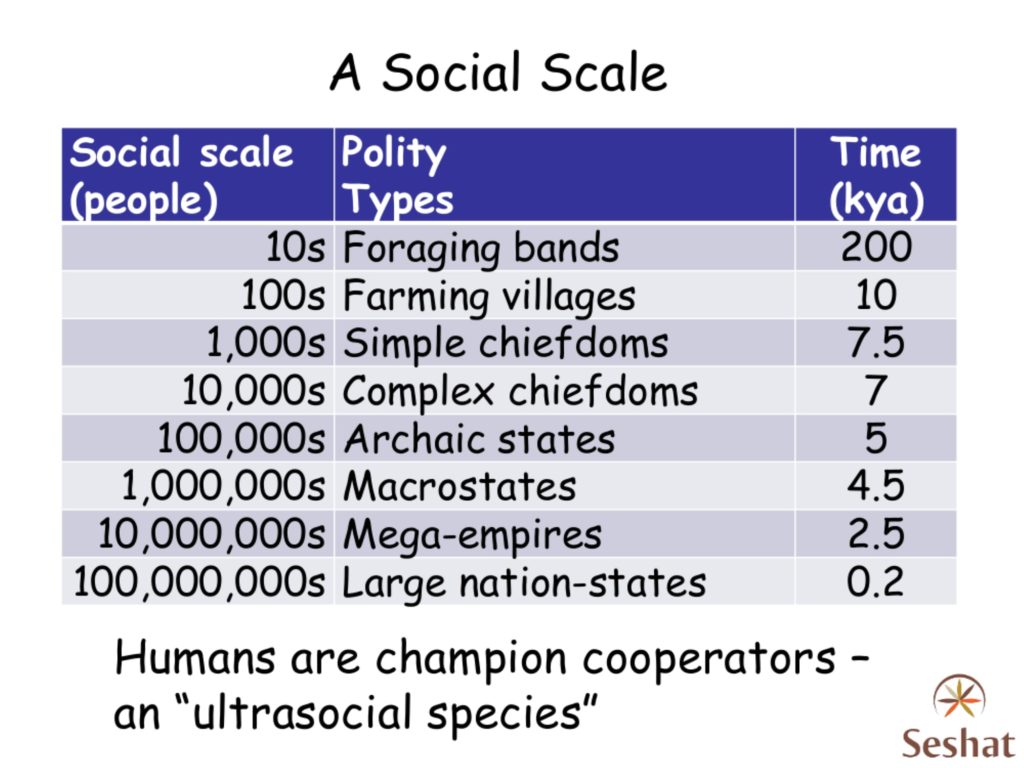 The evolution of large-scale societies

We also need to understand why social forces that hold huge human societies together sometimes fail to do so. Complex societies collapsed on numerous occasions in the past, and may be at risk today. There are clear signs that even industrialized, wealthy, and democratic Western societies, that seemed to be immune to collapse until recently, are becoming less stable. Research on social complexity will bring understanding that is of direct value to our societies and human well-being.

On October 2-3, 2017, Complexity Science Hub (CSH) in Vienna conducted a workshop on the evolution of social complexity organized by the CSH external faculty Peter Turchin. A diverse group of scholars, which included historians, archaeologists, evolutionary and computer scientists, and physicists, who considered the following questions: Can we measure Social Complexity? How many dimensions does it have? What were the evolutionary forces that explain the dramatic increase in Social Complexity over the past 10,000 years? And why do complex societies sometimes become unstable, and even collapse?

One important point that several participants stressed is the need to study the deep human past. Social forces that bring about societal disintegration build up slowly, over many decades. A short-term view that focuses on only where we currently are, rather than on also where we came from, will not yield effective policies that will allow us to avoid the looming crisis. Furthermore, the tension between collective, more cooperative forms of governance, on one hand, and more autocratic, even despotic forms, on the other, is not new—it has been with us ever since the first centralized societies arose some 7.5 thousand years ago. We need to learn these lessons from the past. Similarly, evidence is accumulating that increasing inequality undermines social cooperation and societal stability, both in the past and today.

More generally, much research is currently addressing questions of environmental sustainability and of sustainable economic growth. But what about social sustainability? Social instability has a direct impact on human well-being, and collapse of complex societies can be catastrophic. In Europe, specifically, we see a number of worrying trends—the rise of populism, authoritarianism, and separatism—all suggesting that social cooperation is gradually unraveling and a disintegrative trend is setting in. The participants of the workshop think that a research program combining the quantitative methods of complexity science (including computational social science, nonlinear dynamical systems, and social network analysis) with “Big Data” methodologies that probe deep human past will generate new and exciting insights that will allow us to understand how these negative trends can be reversed.

There are two particular challenges to social sustainability that have become very important recently. One is the communication revolution that has dramatically changed how information is processed and disseminated. On one hand, this revolution has had many positive effects. For example, it has democratized social influence, since any individual or group can now reach large numbers of other individuals online. On the other hand, it enabled malevolent actors, including individuals, organizations, and states, to conduct “informational warfare” to nefarious ends. 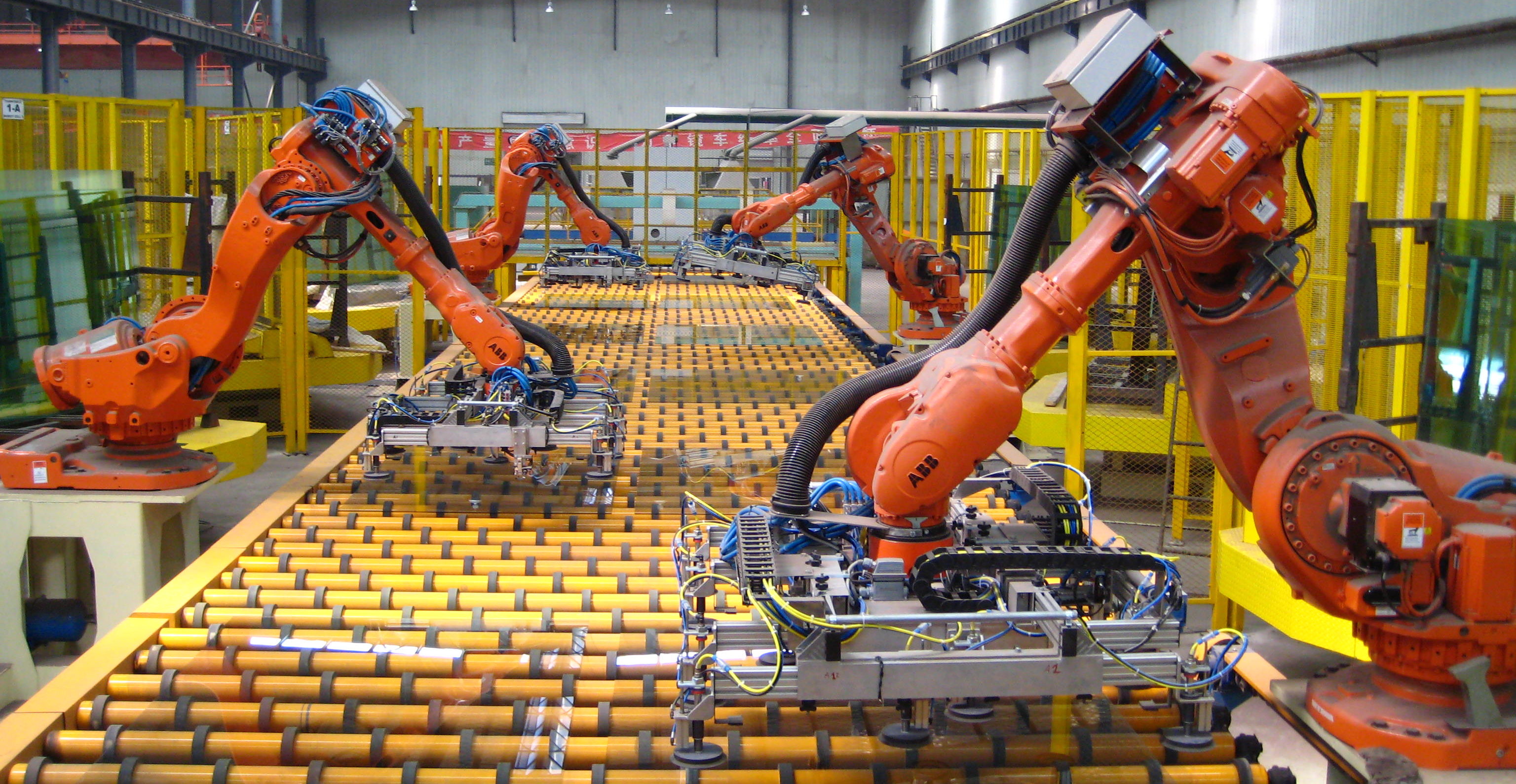 The second challenge is also driven by technological evolution. As automation and robotization of production expand, the demand for human labor will begin falling below its supply (in fact, this may already be happening). This technological transition is not necessarily bad, unless it is mismanaged. Unfortunately, the triumph of neoliberal ideology in the United States, and deep inroads this ideology recently made into European elites, means that the chance this transition will be mismanaged is quite high. If it is left to free markets, then businesses are likely to continue replacing workers with machines, unemployment will grow, collective demand that drives economic growth will decline, and inequality will spike, followed by social instability and growing political violence.

These (and other trends that we did not mention here) are serious challenges to the sustainability of complex societies. As history shows, drastic social simplification nearly always imposes huge costs on societies in terms of human well-being. Research into the mechanisms and causes of evolution—and devolution—of complex societies is not only intellectually exciting, but also has direct benefits for our societies and human well-being.