Historians have long identified climatic change as a key factor in the collapse of Egypt’s Old Kingdom, when Egypt attained its first peak of civilization in 3rd millennium BC. Citing new and compelling evidence, French National Centre for Scientific Research (CNRS) director and Seshat expert Dr. Juan Carlos Moreno García argues that the first state in Egyptian history underwent a sociopolitical transformation marked by internal struggles within the kingdom, which in turn led to its fall. Contrary to traditions assumptions, García finds little evidence of a climate-related crisis and ample evidence of instability due to social and political turmoil, prompting him to rewrite our understanding of the Old Kingdom’s collapse. 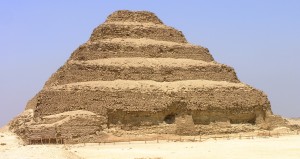 This period in Egypt was marked by change and outside influence. Egypt’s international exchanges increased dramatically, leading to technical innovations adapted from other civilizations such as those found in the Levant and Mesopotamia. Internal struggle for power and wealth in this new economic era is a more likely cause of the collapse of the Old Kingdom than environmental factors, concludes Dr. Moreno García .